Sathyeshwara Seva Ashramam is an indian non-profit organization tackling the problems of needy, insane and underprivileged persons and supporting them by the society by giving aid along with accommodation, boarding and influencing them by the society, circumstances and changing them to their own personalities and empowering them to step up as a normal human being. 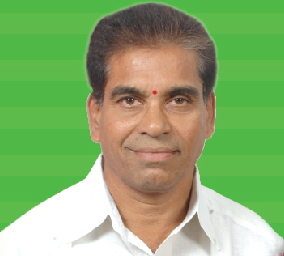 The founder of this trust is Mr.Chittanuri Eashwer . He started this trust with very closed group of his business partners. Later on it extended according to it's services in various fields. Basically he is a businessman but as he thinks in different manner he became famous and unique personality in our area.

He thinks that whatever the money he earned from business, is gift from society, so he in turn wanted to return by doing service activities to the needy people. For this return gift he always research about the problems and solutions of poor people. We treat service to the society itself is service to God. Initiation and work should start from our nearby places so that we will get the energy to serve the whole world is the concept of our trust.

Sathyeshwara Seva Ashramam was established in 2018 in Badepally, Jadcherla. We invests in insane people in india where the insane people face acute disadvantage, and where their empowerment is now transforming communities. Sathyeshwara Seva Ashramam innovative helping programmes in whole Telangana & AP states have directly supported to families to changing the insane people to normal human being and sending those completely changed persons to their own families, and many people have benefited from an improved environment.